Weekend of Words workshop - come along

Exciting news: I'm co-running a 2-hour creative non fiction workshop in the glorious setting of Victoria Baths next Saturday, 8th June as part of the first Weekend of Words festival.

Adam Farrer, editor of The Real Story and writer-in-residence for Peel Park in Salford, will be running the workshop with me.

If you're interested in exploring life writing/memoir/personal narrative, why not come along? The workshop runs 11-1pm and tickets are £5 in advance from here: vbwowsaturday.eventbrite.co.uk

I like its hyperbole and its downbeat insistence on hope.

That downbeat yet ultimately hopeful feel comes over in her 'New Year Sestina' too - so appropriate for this night and the next morning when we feverishly vow to enjoy ourselves and be better people next year. Next year. The things we do over and over. Patterns of repetition. Happy New Year. 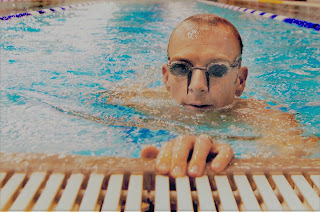 Raclette was invented by Swiss shepherds, snowed into a mountain chalet one long winter. After ravishing one another, they got hungry and made dinner from what they found in the cupboard.


1. Meet a French guy at the swimming pool one Saturday afternoon in January. He must be a serious swimmer because he wears a nose clip. Notice his large feet.

2. Have coffee with him. You are both new in town, both 23. When he offers to cook you dinner, accept.

3. Watch him peel potatoes at your sink. You have already seen him in Speedos: he looks good with clothes on too. Admire the way his shirt folds in against his back.

4. Listen as he sneers at your kitchen knife, but say nothing.

5. Notice the fine hairs on his forearm.
6. Boil the potatoes. The kitchen fills with steam.

7. Outside ice crystals are forming in the air. Close the blind.

8. Set the table in the bed/living room: wine glasses, plates and a box containing the raclette machine.
9. After 7 minutes, admire him draining the potatoes.

10. Arrange slices of cheese and ham on a plate. Raclette cheese smells like grass and chlorine.

11. Watch him assemble the raclette machine. It takes a while.

12. Put the big dish of hot boiled potatoes on the table.

14. Sit opposite him at the trestle table. He has a big nose and no chin. The French for a man who is ugly yet attractive is beau laid – beautiful ugly.

15. Place cheese slices into the tiny raclette pans to heat. This will take several minutes.

16. Notice, just over his shoulder, the bed in the corner of the room.

17. Talk. He is into neuro linguistic programming. This stuff would sound dodgy in English, but ignore that. Apparently we construct our thoughts in three ways: auditif, visuel and kinesthetique. You and he are kinesthetique, he says. You both communicate though movement, with your bodies.

19. Pour the cheese onto the potato. Eat with fingers.

22. Melt more cheese. When it finally becomes liquid, tip it over some ham.

24. Raise glass to French guy. Brush fingers against his. Touching his skin is like touching a hot raclette.
25. Look into his eyes. Green.

28. Stand because the table is too goddam wide to reach across.

29. Knock potatoes onto the floor.

31. Slide into bed with him. Stay for two months.

32. In the third month he will reveal that his other girlfriend, Sandrine, who he never mentioned before, is expecting him home for Easter and you will wonder how you could have been so stupid.

33. Notice that raclette sits heavy in your stomach. Open the blind and notice that spring has arrived.
Posted by Jenny Wren at 22:13 1 comment: